Named after Worcester in the UK, this is Massachusetts’ second largest city (after Boston) with a population of approximately 182,000 in 2010. Because of its central location, Worcester is truly known as the “Heart of the Commonwealth” and is a bustling but friendly city, close enough to Boston to take advantage of what the famous city has to offer, yet small enough to pack its own personality.

With Worcester’s large influx of students at its dozens of colleges, there is always something culturally influenced to enjoy, such as concerts, theaters, galleries, museums (some of them world-renowned) and a plethora of festivals, ethnic restaurants and shops. 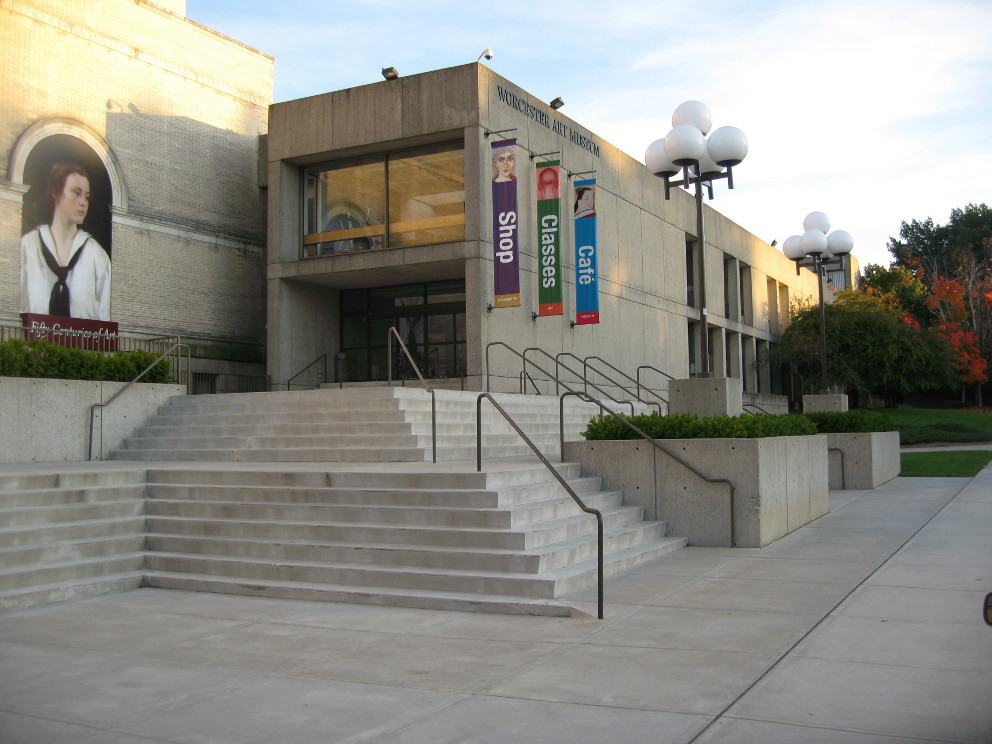 The Worcester Art Museum houses over 35,000 works of art from ancient to present. Cultures from around the world are represented in the various exhibitions, with the collections showcasing some of the finest artists and examples of each genre. A particular museum favorite is the Paul Revere silver collection, as well as the armory gallery and impressive mosaic display on the floor of the Renaissance courtyard. There is a well stocked gift shop as well as a cozy café serving hot and cold drinks.

2. The Hanover Theatre for the Performing Arts 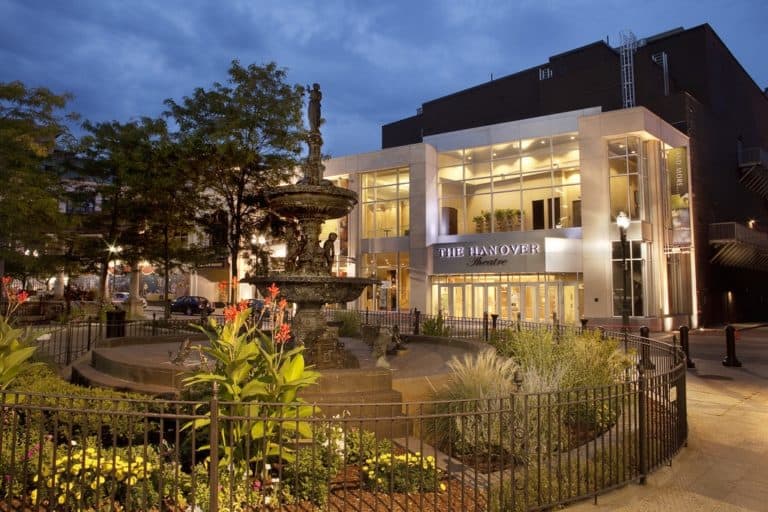 Originally built in 1904 and christened the Franklin Square Theatre, the elegant Hanover Theater offers everything from burlesque shows, headlines, Broadway shows and silent films. In 1912 the theater changed hands, and vaudeville mogul Sylvester Poli bought, remodeled, and in 1926 added a gorgeous two-story lobby with marble columns, mirrored walls, glittering chandeliers, and a grand, lavish staircase. A few more changes of ownership later, the theater is now called the Theater für Darstellende Kunst Hannover and can accommodate up to 2,300 visitors. There are many shows for the whole family to enjoy in the theatre’s comfortable seats and fantastic acoustics. 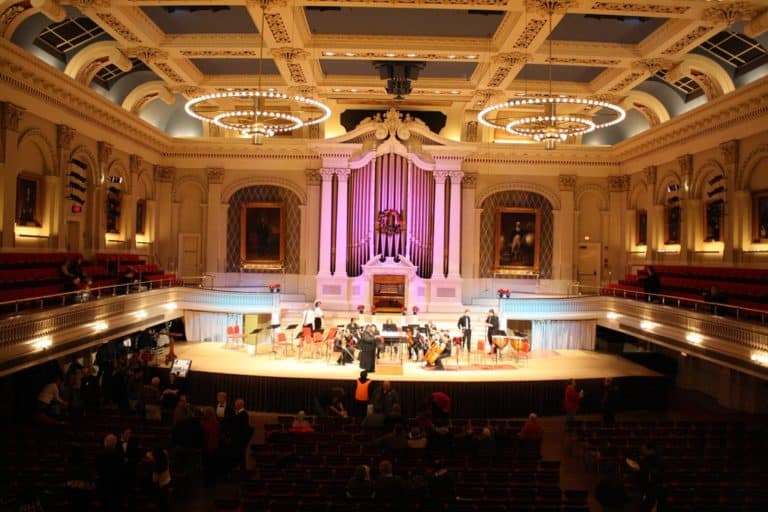 The Mechanics Hall was originally built by the Mechanics Association in 1857 to help its members develop manufacturing skills and learn about how milling machines work. It was revived in 1977 and converted into a concert and performing arts venue, now ranked as one of North America’s top four concert halls! Its style is now Renaissance Revival, with elegant spaces in the building prepared for all kinds of events such as weddings and galas as well as concerts. You will surely feel like you have stepped back in time as you admire the wonderful portraits displayed throughout the building. Often compared to New York’s Carnegie Hall for its impressive acoustics, it’s definitely worth a family visit. 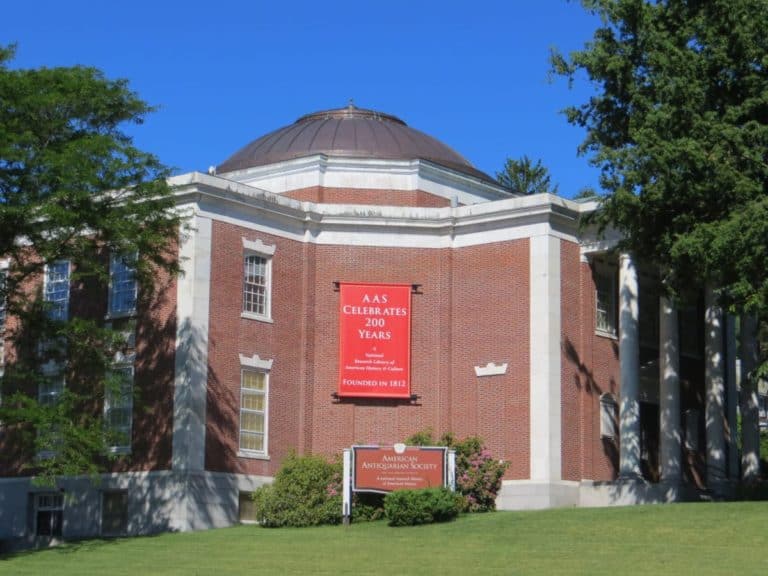 If you and your family are interested in historical printed matter and exciting information about America before 1876, a visit to the American Antiquarian Society will not disappoint you! The AAS houses more than three million books, newspapers, manuscripts, magazines, and graphic materials, including some books printed before 1820. One of its most famous exhibits is a copy of the first book printed in America, the Book of Psalms of the Bay. If that’s not enough, there are also digital collections available, including A New Nation Votes: American Election Returns 1788–1824. There is so much to see, read and learn in this beautiful building, plus you can take a free guided tour! For all shoppers, navigators or just family watchers, the Crompton Collective is a wonderful mix of antiques, art and fresh produce that will delight everyone! The venue is designed to honor and celebrate the city’s local independent manufacturers, and there are absolutely treasures to be found, from antique teacups to a variety of beautiful crafts and clothing items. Shop for culinary delights at the Canal District Farmers Market, located in the same building, and when you’re ready to lose weight, visit the Birch Tree Bread Company for some tasty refreshments. A fun outing for the whole family. 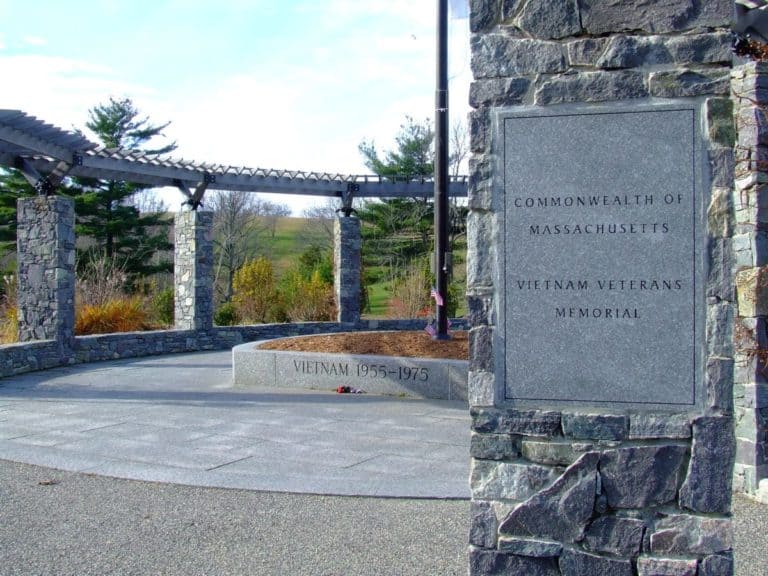 Dedicated in June 2002, the Massachusetts Vietnam Veterans Memorial was built to honor not only the Massachusetts residents who gave their lives in Vietnam, but also all Commonwealth members who served their country between 1955 and 1975. A lake and lots of benches to sit and contemplate very peaceful surroundings. At the entrance are engraved 13-letter texts written in granite for the homeland by military personnel, and at the exit are engraved the names of the deceased, in alphabetical order. Within the complex is the Vietnam War Dog Memorial, which specifically honors the sacrifice and service of 4,000 dogs. 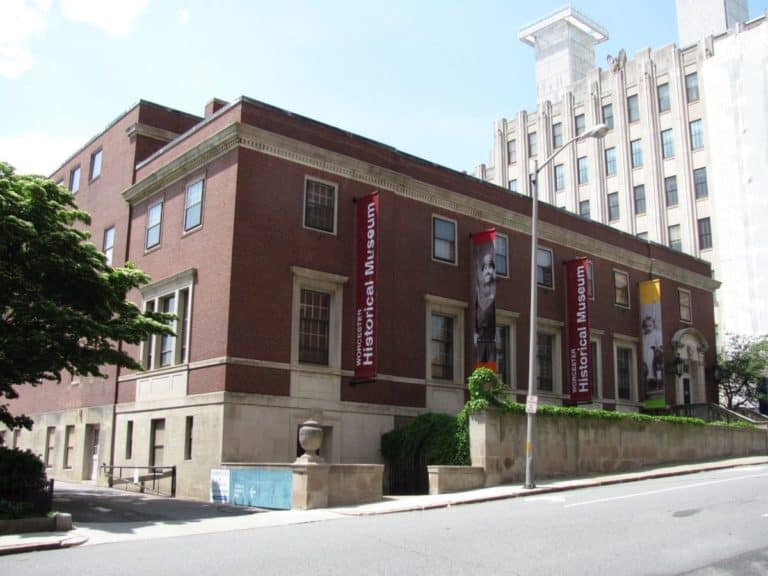 Established in 1875, the Worcester Historical Museum has a treasure trove of thousands of documents devoted solely to local history. The museum is managed by a resident historian who oversees the correct and meaningful labeling of all documents held in the museum. It’s the only institution dedicated solely to local history and artifacts and would be of particular interest if you’re already part of the neighborhood! There is a very good gift shop which has some fascinating and unique books on the history of the area. 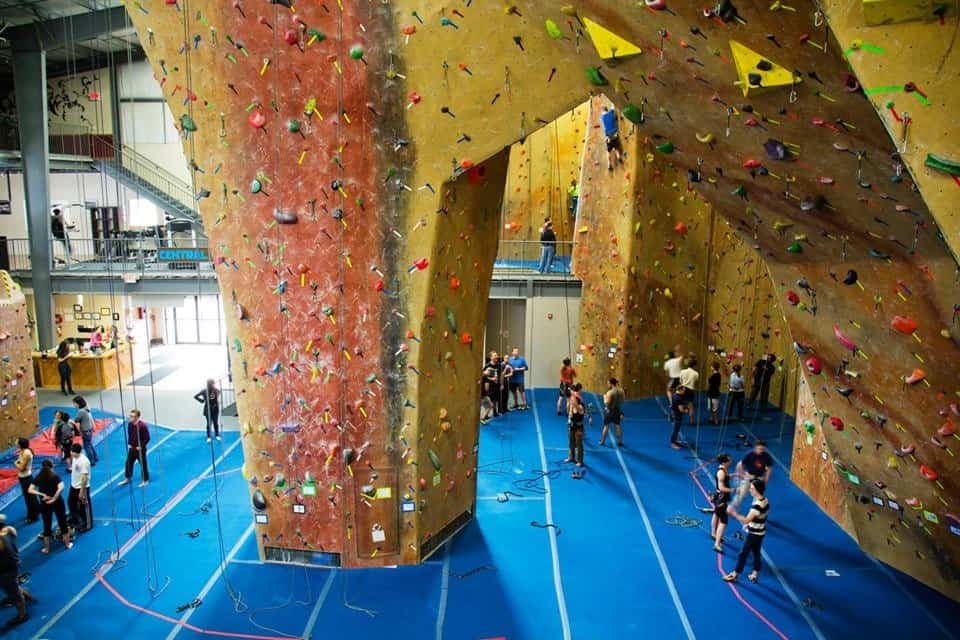 For a healthy and fun experience for the whole family, head to Central Rock Climbing Center for a day of rock climbing fun! Established in 2009, the gym offers world-class indoor climbing, community and fitness opportunities for everyone through its state-of-the-art gym equipment and equipment. If rock climbing isn’t your thing, there are also yoga classes and plenty of other fitness equipment for you to enjoy. Most importantly, the staff is very knowledgeable and patient with their new and regular customers! 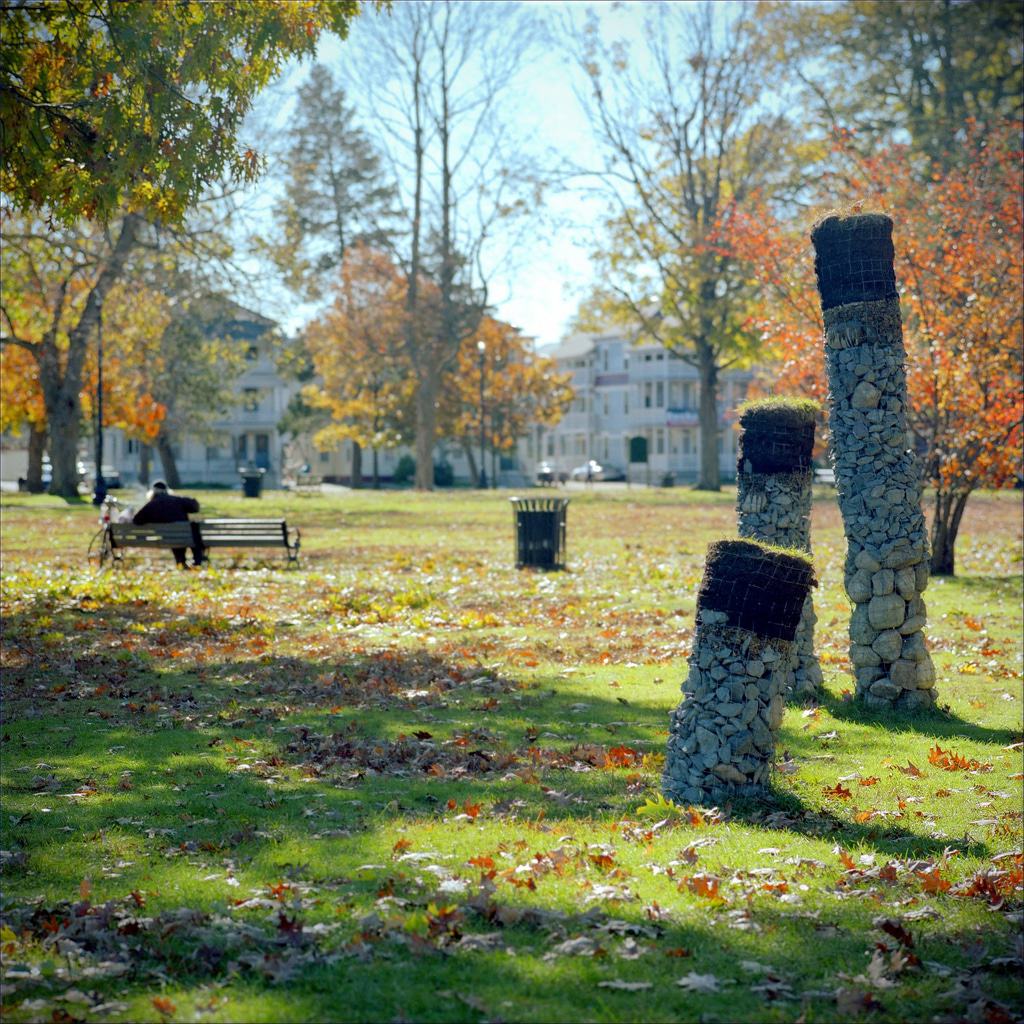 Elm Park was created in 1854 (with a sign on the site claiming to be the country’s first public park!). Unfortunately, the park has been neglected and worn down over the years until its recent $4 million renovation turned it into an exhibition park. Elm Park is now the proud owner of manicured trails, shiny new swings, slides and other kid-friendly attractions. Best of all, the new bridge, designed by high school and college students, is now handicapped accessible. Bring the family to relax and have fun! 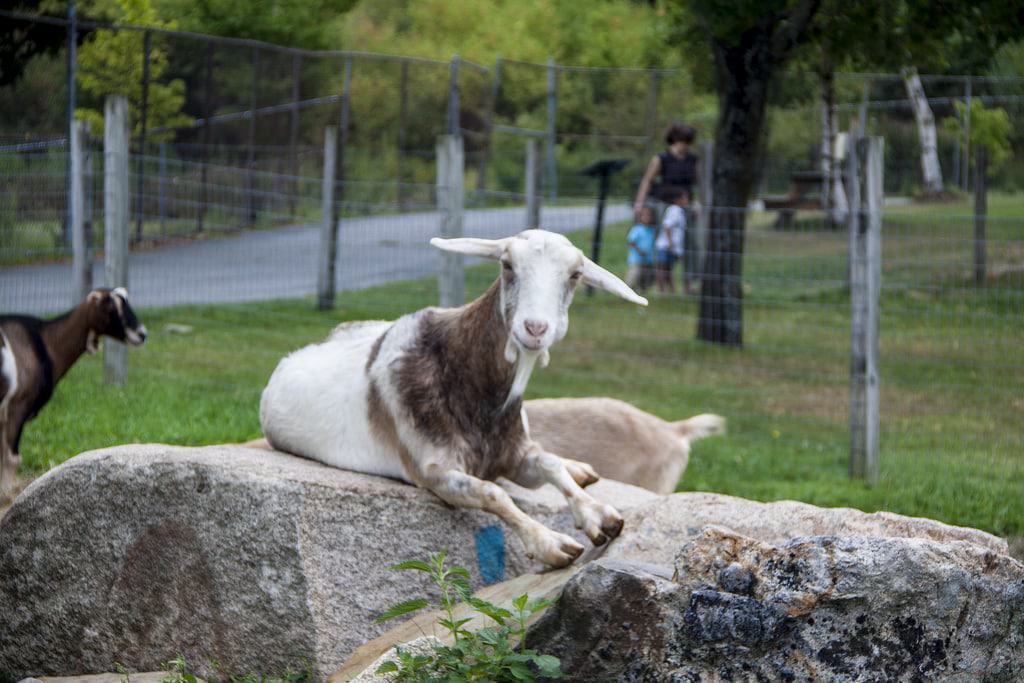 Located in Green Hill Park is this delightful little zoo that is open to the public and free of charge. It’s the perfect outing for small family members with an interest in animals, as the farm is home to chickens, ducks, peacocks, sheep, goats, pigs and even llamas. The animals are very well cared for and housed so they may or may not interact at your discretion. The trails are also handicapped accessible and there are beautiful flowers along the side of the trails. 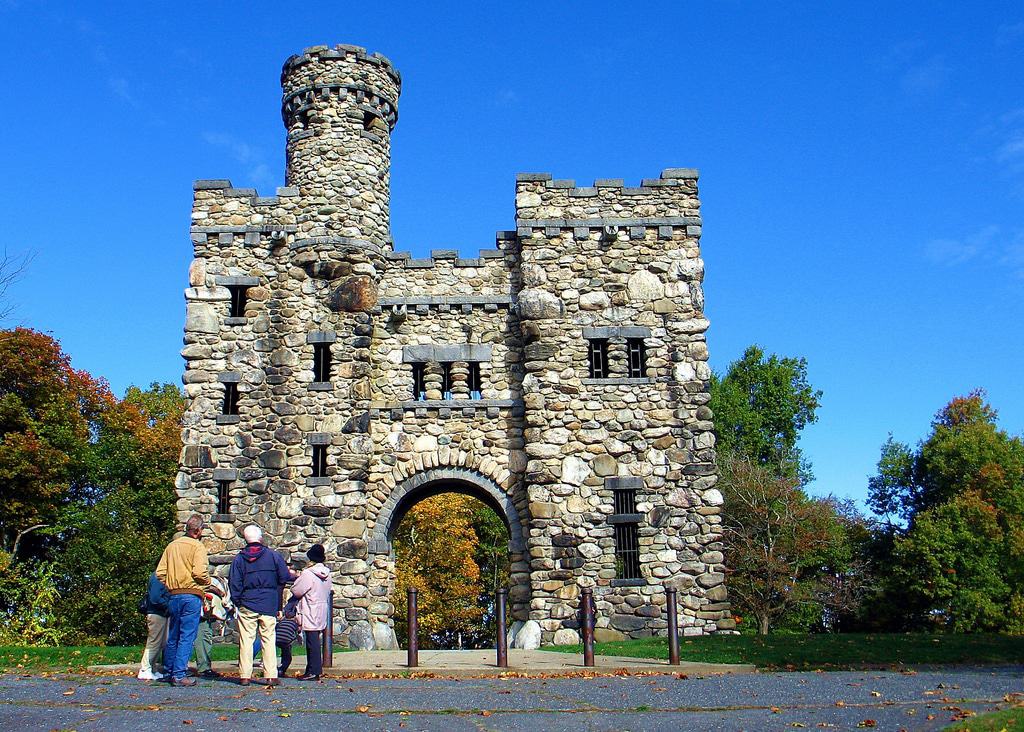 Listed on the National Register of Historic Places in 1980, Bancroft Tower was built by philanthropist Stephen Salisbury in memory of his friend George Bancroft, founder of the Annapolis Naval Academy and Secretary of the Navy. Standing 56 feet tall and constructed of natural stone, this neo-medieval fantasy building looks just like a miniature feudal castle with great looks. The tower is in a quiet area and has a very peaceful atmosphere. 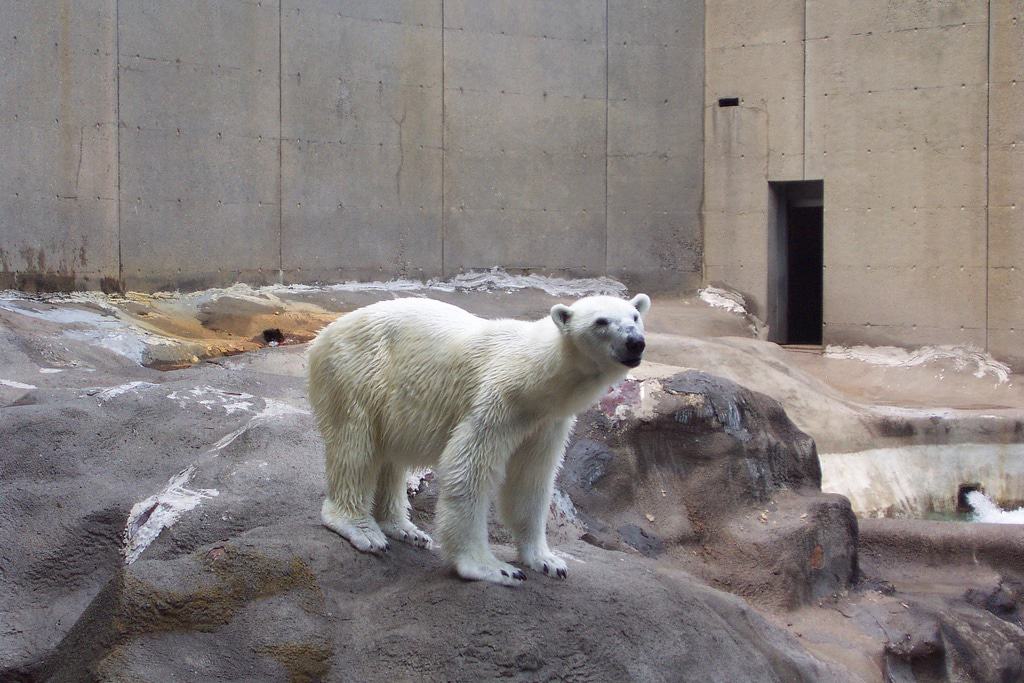 Located in an urban oasis, the EcoTarium is an exceptional indoor and outdoor museum. From a treetop walk to wildlife encounters, nature trail hikes and an exciting galactic journey in the digital planetarium, there’s something for the whole family. Many of the exhibits are learner-based in a fun way, with each exhibit providing a strong understanding of its message. Full of surprises about the world we live in, from the hurricane storm gauge to so much more, this is a wonderful place for the whole family to have fun and learn.

Salisbury Mansion was built in 1772 and remains Worcester’s only historic house museum. It was built as a combination house and shop but was restored to lodging only in the 1820’s. It has undergone many changes over the decades, including a guest house, before finally being fully restored to reflect the time it was occupied by Elizabeth Tuckerman. Salisbury, whose husband Stephen Salisbury laid the original foundation. It is now considered one of New England’s best-documented historical heritage museums and offers informative tours of the building. An interesting visit for the whole family and to get to know the past! 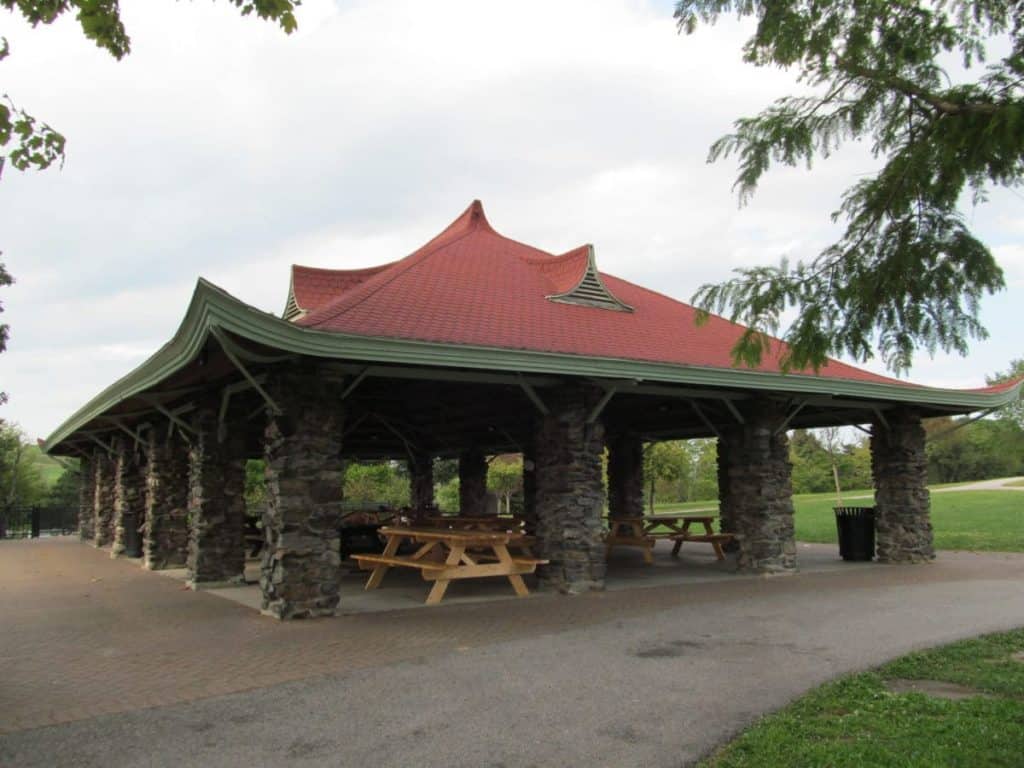 Green Hill Park is Worcester’s largest public park, covering over 480 hectares. In addition to the Massachusetts Vietnam Veterans Memorial, it also houses handball courts, two ponds, a playground, a children’s playground, a skate area, and a zoo. There are also great trails for walking, cycling and hiking, and being on one of Worcester’s seven main hills is a good workout for the whole family! When you’re ready to relax and unwind, head to one of the many picnic tables available. 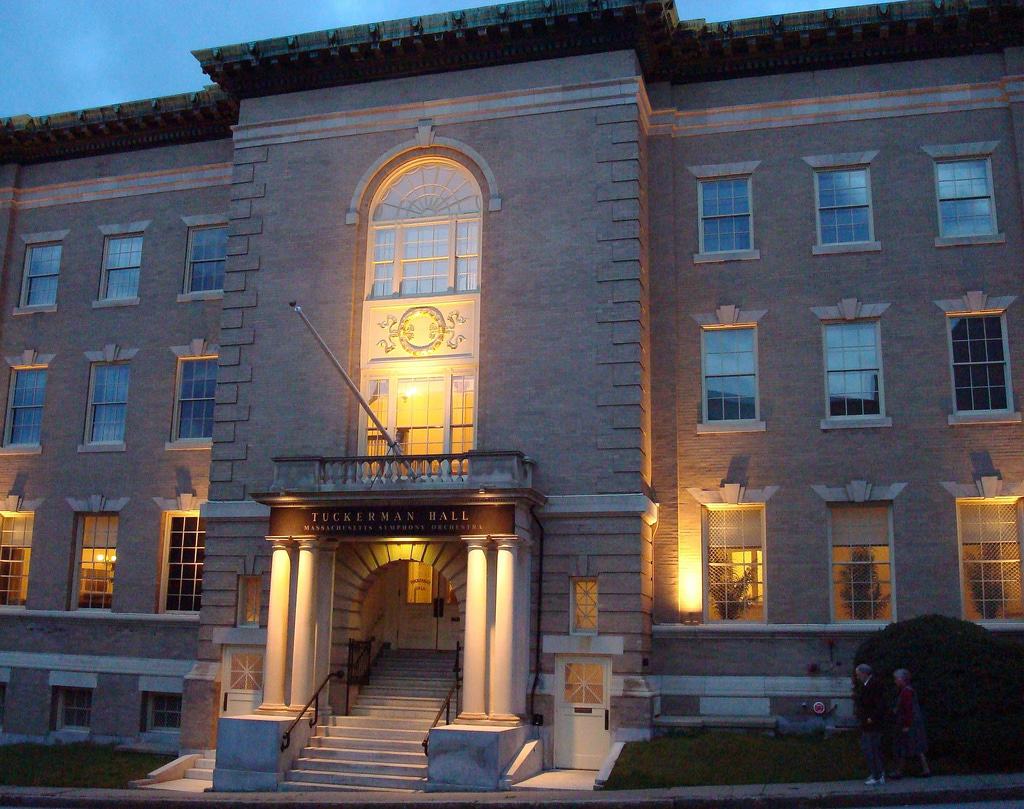 Tuckerman Hall, home of the magnificent Massachusetts Symphony Orchestra, was designed in a neoclassical style in 1902 by Josephine Wright Chapman, one of America’s first female architects. Beautifully renovated and restored in 1999, the building now offers exceptional acoustics in an intimate setting and seats 521 for concerts and other intimate gatherings such as weddings, corporate dinners and a variety of social occasions. Tuckerman Hall was listed on the National Register of Historic Places in 1980 and is well worth a visit while in town.